Are Solar Panels Worth it now from 2019, Is Solar Power Worth It without feed-in-tariff (incentives)

Updated: Jul 1, 2019
Jan 22, 2019
Solar power has been in development for decades, and widely used started from around ten years ago, by when the cost were very highly for solar panels/batteries/inverters. Comparing the cost of 8 years ago on solar panels and other accessories, the today’s cost is only 1/7-1/8 of those passed days, and therefore is it worthwhile now to have your own solar power system even without any feed-in-tariff from your government?
It’s a question we get asked dozens of times a day and for most households, installing solar panels is worth it now even without incentives. Years ago the solar industry was driven by governments’ policy and financing from big banks due to the high cost.
The power consumption of worldwide range is increasing obviously. Traditional electricity price may continue increase, however electricity generated by coal/petrol/gas is limited and will be finished one day. Households are rushing to install solar power to reduce their power bills, especially now that solar panel prices are at an all-time record low.
The reality about cost of solar power system, within the worldwide range market, is that an average-sized 5kW solar system with good quality panels (no-name brand with poor quality and no guarantee can’t be counted in) now costing as little around $4,500 fully installed (in some countries with less duty can be much less, in other countries with higher duty will be more expensive of course, however ten years ago the cost was minimum $50,000 for 5kw system), generating around 20 kWh a day (averaged out across the year, in some areas for example Africa may be 30-35 kwh a day). If we assume you are paying 20c per kWh, you can expect to save you over $1,500 every year on your power bills if you use all of the solar power as it is generated.
The price of good quality solar panels is now so affordable (Mysolar PERC MS375M-S 375W can be a perfect choice), it is possible to get a return on your money in 3-5 years. And a qualified solar power system with good quality solar panels, inverters and accessories has warranty of 25 years, namely, within the next 20 years all the electricity generated for you are profit, but again, do not use no-name cheap products for your solar systems in case it may only run for 2-3 years and you’ll never find the reseller or the manufacturer. So how much money on your power bills do you want to save?
As mentioned above, with 1KW solar power system, it produces around 4khw averagely per day, thus in one year it would be 1460 kwh electricity, which would be around $300 per year per KW benefit from solar, if you install a 5kW solar system you can save up to around $1,500 a year. Consideration degradation of solar panels (based on general rate to the 10th year the power output is 90% of STC, and to the 25th year the power output is only 80% of STC), you will get minimum $13500+ $18000= $31500 in 25 years. This is simple math to spend $4500.00 for  $31500, so the answer is yes, solar power is worth it.
Compare this to the cost of solar
Solar power is fed into the home to be used as it is generated, so by using solar power, you are not buying power from the grid. If you don’t use the power as it is generated it is fed off to the grid and you will get paid a small amount for this from your energy retailer. Typically you will get around $10-$30 a quarter as a credit on your bill, and the smaller the credit the better as this means you are using most of your solar power as it is generated.
To work out how much power you use during the day, simply read your meter (in your meter board) in the morning and then again at night. Subtract one number from the other and it will tell you exactly how much power you have used during the hours in which your solar system will be generating electricity. 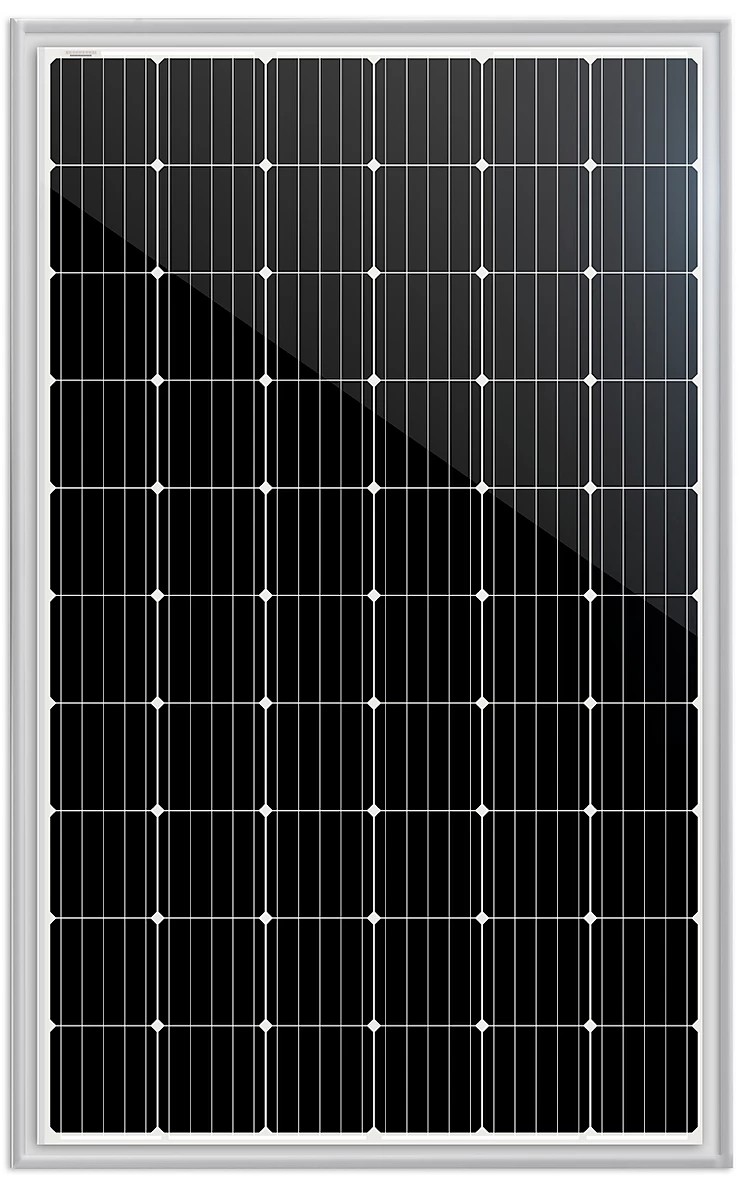 Mysolar M72 PERC MONO SOLAR MODULE
With solar storage now available, it is also possible to further reduce your power bill and run your house almost entirely off solar power. Solar batteries store power that would otherwise be sent to the grid to be used in the evening.
Do You Really Save Money With Solar Power with Mysolar solar panels?
It wasn’t all that long ago that solar systems took 8 years or more before breaking even, so many people are now oversizing their array for a slightly longer return, with the benefit of being able to use more power over a hot summer by running the air conditioner more often, or with the expectation that they will add battery storage in the near future.
As a general rule, a solar power system will save you up to around $300 or more per year, per kW. For example, a 5kW system will save you up to around $1500 a year, giving you more power in summer compared to winter.
If your power bill is more than $500 a quarter, a solar power system will almost certainly be of great benefit, and as a general rule the larger your power bill, the more money you can save, and hence the more a solar power system will be worth it.
How much money do you spend on your electricity bills?
Read your power bill to see how much you pay for your power. For every kWh of solar power you use in the home during the day, this is what you will save. With a solar system, let’s say it is typical to pay around 20 to 22 cents a kWh if you pay a flat rate, and on average around 25 cents a kWh during the daytime. If you know a 5kW system is going to save you up to around $1,500 a year on your bills, you can then decide whether you want mid-range panels for a 3-year return or a top of the range system with a 5-year return on your money.
If the top of the range system on average lasts 7 years longer than cheaper no-name brands, then perhaps you can justify a larger outlay for increased reliability and longevity. This will depend on how long you intend to stay in your house and how much you have budgeted for a solar system.
One of the most important points to consider is how quickly you want the system to pay for itself. Typically the best case scenario is a return on your money from 3 to 5 years. A return on your money in less than 3 years typically requires buying very cheap components that are likely to less reliable, and an ROI of longer than 5 years typically means the system has been over-sized.
If you are comfortable with a longer return on your money, the two main options are to go for better brands or a bigger system. This is of course entirely up to you, however, the one tip we do like to emphasize is that with different solar brands you absolutely get what you pay for, which is an increase in quality, longevity and system performance.
How much are you willing to pay for solar a solar power system?
If you only want to pay $2000 for a solar system, it won’t be worth it. The cheaper end of the solar industry is plagued with issues from under-performing panels, to no-name manufacturers going out of business (along with your warranty), to unprofessional installers that don’t respond to service requests, to misleading marketing & fake testimonials… and so on.
It is a nightmare and we know all about it from the dozens of cases in the industry. Generally, if it is too cheap to be true, it is probably worth keeping your money.
Finally, the conclusion is simple – if you have the budget for a good quality system from a reputable installer, solar power is absolutely worth it. When sized up properly, it is possible to get a return on your money in as little as 3 to 5 years and have a problem-free investment that generates clean energy for decades – over 25 years with the better brands. A 5kW system can save you up to around $30,000 off your power bills over the life of the system, money that is taken directly from the books of the coal industry.
Mysolar only offers the best solar panels with Tier 1 components in solar industry, including solar cells, EVA, Back sheet, Junction box and even aluminum frames.
Mysolar is a Mamibot (with its headquarters based in USA) company and sub-brand, a manufacturer specialized in designing and manufacturing solar panels with the most the-state-of-the-art technology and the highest level of craftsmanship.
Mysolar aims to provide tier 1 solar panels and build itself tier 1 solar module manufacturer.
Mysolar has a team of the-most-experienced engineers with more than 15 years in Solar PV manufacturing, the strictest quality control team who averagely worked more than 10 years in Solar Panel production, the most client-oriented and professional sales team who know the art to provide proper solutions and answers to customers and the most dedicated R&D masters who can bring the latest cost-effective and high-efficient solar modules to the market.
How much can solar panels reduce your carbon footprint?
Financial returns are a major incentive for going solar, but money isn’t the only thing that solar panels save. When you install solar, you’re also improving the environment and reducing greenhouse gas emissions. That’s why the question “How much can solar panels save?” can be answered two ways: how much money solar can save and how much CO2 it can save (avoid being emitted into the atmosphere).
The Environmental Protection Agency provides a formula to help you calculate how various green practices result in carbon emissions reductions. The below table converts solar energy production into greenhouse gas offsets using the metric converters 7.44 × 10-4 metric tons CO2 / kilowatt-hour of energy produced and the national average for solar panel production ratio, 1.42 kilowatt-hours / watt of power.